When it comes to trapping, a misconception exists that the endeavor’s time has passed; that in today’s evolved society it is unnecessary. The image of a solitary, grizzled mountain man clad in buckskins and trudging through snowy woods to check a trap line conflicts with the sleek and hyper-speed connectivity of modern culture.

But nothing could be further from the truth.

While the image of a self-sufficient Grizzly Adams-type protagonist romanticizes trapping for those who partake in the endeavor, the animal-rights movement uses the same image to epitomize it’s outdated relevance according to their view. And that message and imagery, perverted by animal-rights organizations, resounds with the non-hunting public (and even some sportsmen). Those who don’t understand the role sportsmen play in conservation in general, won’t bother to even try to understand a practice that doesn’t seem “sporting.” 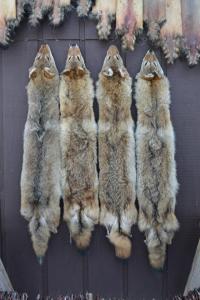 Unlike hunting and fishing, trapping lacks the public appeal of implied sportsmanship, and appears barbaric and ruthless to the uninitiated. But the truth of the matter is: skill and know-how are definitely required, and at the end of the day, hunting and trapping are both management tools used to keep wildlife populations balanced between predator and prey species and available habitat; the one-degree of separation wholly falls within the efficiency and target species.

As a community, hunters and fishermen need to support and understand the importance of trapping and relate that significance to non-hunters; for when animal-rights activists eliminate trapping, they’ll inevitably use the same logic, lack of reasoning and emotional outcry to eliminate other endeavors – dog hunting, bait hunting, bowhunting and more – until they achieve their ultimate goal of ending hunting totally.

WHY WE NEED TRAPPING

When hunting and trapping are rightly view as management tools as opposed to “sports,” the true value and need for their existence is easy for reasonable people to comprehend (even if they still don’t wholly understand or approve). The ultimate goal of conservation, which hunting, fishing and trapping are cornerstones, is not to save every individual animal in a forest or prairie, but to ensure the survival of species of animals as a whole, as well as to protect the environment in which they live.

Trapping gives biologists a more effective tool to control populations of animals not usually targeted by hunters or those that are elusive enough to continue to exceed the carrying capacity of the local habitat.

Furbearers such as beavers, raccoons, muskrat, skunks and nutria aren’t targeted successfully enough by hunters to control their populations and to keep them in an acceptable range that balances with their environment. The ramifications of which negatively impacts, even kills, the very habitat that supports the species, as well as all the other species that depend on those same surroundings. An overabundant species will eventually eat itself out of house and home, and in the long run will suffer greater overarching harm that extends to many other species and the landscape.

In the case of some nocturnal creatures or water-based animals (such as beavers and muskrats), traps might be the only way to reasonably remove the necessary number of animals from an area and stop the damage they cause. When it comes to elusive animals, such as coyotes, wolves and bears, which have large home ranges and no set pattern of movements, traps can be the most effective removal tool.

At the end of the day, hunting and trapping are management tools, and wildlife managers need every tool at their disposal to effectively and humanely manage wildlife. It comes down to success rates among hunters and trappers, the carrying capacity of the habitat and estimated animal populations. Removing tools from biologists’ hands only serves to hurt the long-term survival of a species, the habitat they occupy and all the species connected to that habitat.

When trapping is removed for a species, mortality rates naturally drop. More animals live longer in a given area, and more reproduce. Their impact upon the environment multiplies accordingly, and that impact can damage the land, other animals and humans. The costs to rectify the situation hit from many sides and compound without trapping.

Furbearers are small but industrious animals that can wreak havoc. Beaver dams can damage human water supplies and can change a forest stream habitat into a forest swamp. Their activity causes millions of dollars of damage to roads and bridges, too. Other furbearers feed upon crops, and a population explosion means more depredation issues. Some spread rabies and other diseases.

Any overpopulation of a species almost always descends into disease and other natural corrections. As the managers of wildlife and lands, it is incumbent upon us to reduce that harm and the negative impacts associated with overpopulation – and trappers are an integral part of that equation.

In fact, good comes from trapping. Not only are target populations healthier, as well as the associated ecosystem, trapping can save threatened and endangered animals by removing damaging or predatory species. Sea turtles, black footed ferrets, whooping cranes and other species have been protected from predation and habitat damage caused by foxes, coyotes and nutria.

THE COST OF TRAPPING BANS

Not only does the elimination of trapping cost wildlife dearly, it comes with a steep fiscal loss and cost. And that comes on multiple fronts for state fish and game agencies, and ultimately tax payers.
First, there’s the loss of revenue from license and tag purchases. This money funds habitat projects that serve all species within an ecosystem.

Second, the cost of increased damages to property and public health and safety exponentially multiply and cost time, money and other resources.

Third, the state has to hire professional trappers at exorbitant rates. Studies show that the cost to manage furbearers in the absence of trapping easily rises into the hundreds of millions of dollars.

Despite the rhetoric of animal-rights organizations and the misconceptions trapping faces among non-hunters, it is a necessary management tool as relevant today as it has been for centuries.

Find out what issues our Government Affairs department is currently battling to protect your outdoor heritage.
END_OF_DOCUMENT_TOKEN_TO_BE_REPLACED

By becoming a member of Sportsmen's Alliance you’re taking an important step to help protect and promote our outdoor heritage. Join today to create a powerful and unified voice for sportsmen across the country. END_OF_DOCUMENT_TOKEN_TO_BE_REPLACED