“People have been trying to understand dogs ever since the beginning of time. One never knows what they’ll do. You can read every day where a dog saved the life of a drowning child, or lay down his life for his master. Some people call this loyalty. I don’t. I may be wrong, but I call it love – the deepest kind of love.” – Wilson Rawls

The human relationship with dogs extends back more than 30,000 years and has proved to be beneficial for the two species on both the emotional and physical levels. Although it is difficult to explain, there is an almost spiritual connection shared with owners and their dogs. What’s referred to as a “deep understanding” between the two is coined as one of the strongest bonds on earth and can only be found between hunters and their hunting dogs. 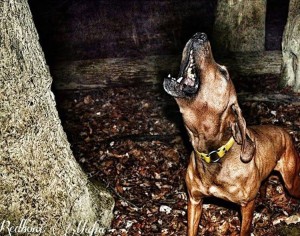 As the “Made in America” breed, the coonhound brings poise, passion, and a whole lot of heart to the hunting world. In the late 18th century many European-type hunting dogs were brought to the United States, most being of Irish, English and French decent. This is where most of the modern coonhound breeds find their origins. There are several individual breeds of coonhound: 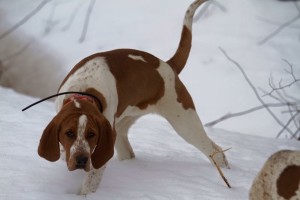 Most of the hound breeds are very gentle, relaxed, and easy-going when not hunting. Although they tend to have a calm attitude and laid-back demeanor, don’t let that fool you. These strong-willed hunting dogs can be tough to train! Widely-used and acclaimed for its speed and agility ranging from lowlands to steep Rocky Mountain terrain, the coonhound breeds are adaptable hunters. From the beginning, coonhounds were bred for the purpose of treeing game, and its treeing instinct is natural; it has been bred into them for many generations. Coonhounds possess a no-quit attitude and aim to please their owners. They are extremely adaptable, which allows them to compete in coonhound events, obedience training, tracking game, rally, and competitive dog shows. 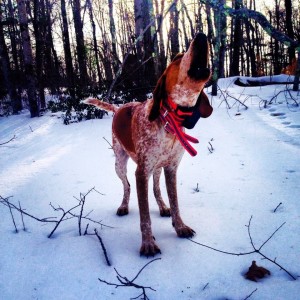 After a coonhound is properly trained – that is taught to know what animal they are supposed to be hunting – it is taken out to the woods to practice hunting wild game. Although, known for traditionally hunting raccoon these coonhounds can be used to hunt bears, big cats, coyotes, etc. If they can smell the game and are praised for hunting it, they will continue to find it.

People who do not already hunt with coonhounds might not understand how the process of hunting with a coonhound takes place. Once in the woods, coonhounds are given a verbal cue before turning them off their leads. The dogs generally take off and begin hunting after their “prey.” Once they locate a track by scent, they will start by “striking,” which is a trailing bark while running onward towards the desired game.

While trailing the game, the coonhound’s job is to chase the target species up a tree and hold it there. They will stand against the tree up on their hind legs “locating”– a sound only a coonhound can make. When a hound trees its quarry, it releases short bursts of very deep ‘chops’ or drawn out ‘bawls’.

That’s it. As far as the hound is concerned, it’s game over and with every canine muscle tightened, that gentle long-eared coonhound becomes a focused athlete with a single driven purpose. The rest of the hunt is the hunter’s job. Sometimes they will shoot the treed game, sometimes they won’t. 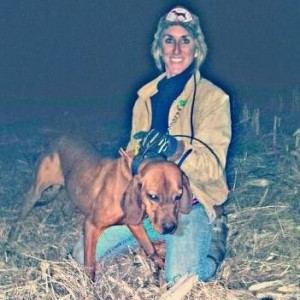 Hunting a coonhound requires patience, technique, understanding and acceptance of the characteristics of your dog’s breed. Properly training your hound will not only help to establish the dog’s position in the family or hunting pack, but it will help establish a stronger bond between owner and pet. Throughout a hound’s lifetime, there is the highest level of understanding between man and beast which is rooted in the kind of mutual respect enjoyed by teammates. Of course, there’s one more thing that completes the package of a great hound: heart.

More About Sarah Gaffney:  Besides contributing to the Sportsmen’s Alliance Faces of Hunters series, Sarah is the executive publisher for Outdoor Insiders, where she helps introduce and pass along the hunting and fishing heritage. Sarah is also a booking agent and hunting guide with TBarrZ Outfitters, which allows her to get new hunters into the field. You can follow Sarah on Twitter and Instagram.

Find out what issues our Government Affairs department is currently battling to protect your outdoor heritage.
END_OF_DOCUMENT_TOKEN_TO_BE_REPLACED

By becoming a member of Sportsmen's Alliance you’re taking an important step to help protect and promote our outdoor heritage. Join today to create a powerful and unified voice for sportsmen across the country. END_OF_DOCUMENT_TOKEN_TO_BE_REPLACED