Having to defend the outdoor lifestyle of hunting, fishing and trapping on social media and in conversation has become all too commonplace for many sportsmen. These scenarios, which set the stage for the formation of the U.S. Sportsmen’s Alliance Hunter Advancement Task Force, often escalate into to situations highlighted by verbal abuse, physical threats and a perpetual bashing of beliefs between hunters and non-hunters. 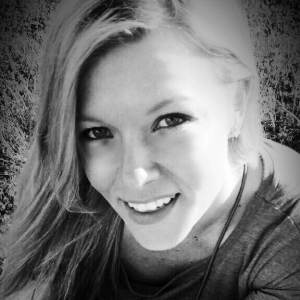 Very few people in the outdoors know this better than Jen “The Archer” Cordaro, who was the target of a major online attack conducted by the anti-hunting community earlier this year. People from across the globe posted threats and sent hateful messages through Cordaro’s Facebook page. Some even went as far to wish physical harm and death upon her. Another individual started a petition to ban hunting in California because of Cordaro’s activities in the state.

Instead of countering attacks with emotionally charged social posts, Cordaro has decided to take the high road.

Cordaro, a petite young lady with a passion for promoting wildlife conservation and shooting sports, was a vegetarian for 10 years and has a unique perspective when it comes to addressing hunter harassment.

“As hunters, we need to stop being reactive and answering out of emotion,” said Cordaro. “Anti-hunters are using emotional-based campaigns to target hunters. So, if we’re going to respond with emotion, we’re playing the same game as them. We’re not any better.

She believes sportsmen can communicate more effectively with both anti-hunters and non-hunters by just giving people the opportunity to speak and listen to their point of view.

“The first way we can educate others is to simply give people the time of day. It’s okay to disagree,” said Cordaro. “If there is an opportunity to talk with a non-hunter, have that conversation. While it may not seem like it’s worth your time or effort right now, that person might go to the polls later, and even though they’re not a hunter, when an issue comes up, they might vote in your favor if they had a positive experience talking to you.”

Cordaro also expressed that sportsmen need to be less apprehensive when approached by people of different walks of life who would like to converse about hunting and other outdoor activities.

“I talk to outdoor people who hunt and believe that anti-hunters and non-hunters are all vegetarians,” said Cordaro. “This is certainly not the case, and we can bridge these communities by calling out stereotypes.”

Cordaro knows all too well about stereotypes. Anti-hunters routinely label her as a trophy hunter who is on a mission to teach children to murder innocent animals. While Cordaro encourages youth participation in the outdoors, her main objective is to create dialogue between hunters and non-hunters.

“I really think it would be in our best interest that we (sportsmen) not position ourselves as an exclusive community,” she said. 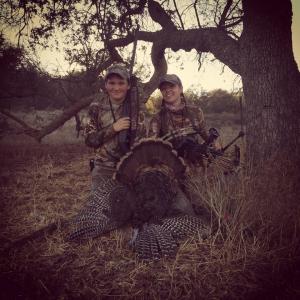 Having lived as a vegetarian for a decade before learning to hunt, she can relate to the barriers and hardships non-hunters face when trying to integrate with the outdoor community, especially if they come from a background that differs from traditional sportsmen. In fact, Cordaro says vegans and vegetarians reach out to her frequently with questions about learning to hunt for food proving that not all vegetarians and vegans are anti-hunting.

Cordaro now works on making the outdoors more accessible to youth in California through her Bring a Kid Campaign, which encourages adults to introduce youth to their first outdoor experience. She has been encouraged by many to create another campaign for adults who want to give hunting, fishing and the shooting sports a try which may be in the works soon.

“We’re excited to work with Jen to advance our outdoor sports, particularly in California and the western U.S.,” said USSA CEO and President, Nick Pinizzotto. “She brings a level of passion and enthusiasm that seems to resonate with not only hunters, but those who simply want to learn more about living an outdoor lifestyle.”

To learn more about Jen, visit her Facebook page, Jen “The Archer” Cordaro.

Find out what issues our Government Affairs department is currently battling to protect your outdoor heritage.
END_OF_DOCUMENT_TOKEN_TO_BE_REPLACED

By becoming a member of Sportsmen's Alliance you’re taking an important step to help protect and promote our outdoor heritage. Join today to create a powerful and unified voice for sportsmen across the country. END_OF_DOCUMENT_TOKEN_TO_BE_REPLACED