When the “Cecil” the lion issue took place last summer, the Humane Society of the United States, the largest animal-rights organization in the country, fought to end the importation of lion trophies to the United States under the guise of protecting the remaining “endangered” population (an action the Sportsmen’s Alliance fought).

HSUS won that battle in part (but not in full, as explained below). Lion trophy importation from Zimbabwe (where the Cecil incident occurred) has effectively ended (although the door has not yet been conclusively slammed shut). But, as the Sportsmen’s Alliance said would happen, the consequence of shutting down trophy imports from Zimbabwe has had the opposite effect of what HSUS claimed – as now unsustainable populations of lions will likely face slaughter as new rules shut down the flow of money from U.S. trophy hunters. 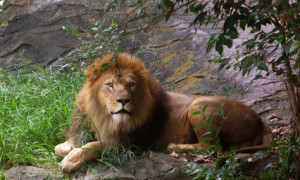 Currently, at least 200 lions are being considered for culling because of an unsustainable management paradigm – overpopulation and no revenue stream for continued support. And a revenue stream it is.

If just those 200 lions are killed, that’s a loss of $10 million dollars to just one area’s anti-poaching efforts, habitat conservation and acquisition, academic studies and all associated ancillary benefits to the local economy and people. The shortsighted and unsustainable rhetoric of the Humane Society of the United States and other animal-rights “warriors” is leading to more bloodshed in the form of economic and intrinsic loss of wildlife in Africa in mere months than has ever been spilled by hunters.

While lions in Zimbabwe may be doomed due to the over-zealous attempts of HSUS to “protect” them, lions elsewhere in Africa can still be saved, and responsibly hunted in the years to come. In response to the advocacy of the Sportsmen’s Alliance and other organizations, the U.S. Fish and Wildlife Service has determined to allow import of sports-hunted trophies from individual African countries where lions are threatened (not endangered) and the country’s government, in the eyes of FWS, has “a scientifically sound management program and provide funds that further lion conservation.” FWS concluded that:

The Service found that sport-hunting, if well managed, may provide a benefit to the subspecies. Well-managed conservation programs use trophy hunting revenues to sustain lion conservation, research and anti-poaching activities.

Unfortunately, it appears this won’t help Zimbabwe’s lions, as that country is on the FWS “bad” list, due apparently to government-level corruption, even though individual preserves in the country are well managed and responsible. Additionally, while the FWS goes through the process to determine from which countries to allow importation of trophies, American hunters and the money they would spend for conservation efforts, will dry up.

And now the Humane Society of the United States wants to unleash that same short-term, untenable logic that has crippled lion conservation in parts of Africa upon mountain lions in America.  In a “report” (really a glorified press release espousing their flawed logic), the Humane Society of the United States identifies the five “deadliest” states for mountain lions (as determined by hunter’s harvest stats).

In this propaganda, they actually use the reaction evoked from the death of “Cecil” in Zimbabwe to gin up emotions and to draw a non-existent line of reasoning to mountain lions in Idaho, Montana, Utah, Colorado and Arizona.

Without even getting into the “report,” which compares single-season population estimates to 10-year harvest statistics (and throws in editorially biased notes), nor the fact that the listed states have the best mountain lion habitat and therefore the largest/most dense populations, what’s most disturbing is that even in the face of failed policy which will result in the needless slaughter of African lions, the Humane Society of the United States continues to bang an emotional drum to advance their agenda and line their pockets with donations – which will be used to apply the same disastrous policies in Western states.

Ultimately, we’ll likely see initiatives introduced in these five states to ban mountain lion hunting. As with the initiative process to end bear hunting in Maine, these will likely be self-started and self-funded by the Humane Society of the United States.

Hopefully America’s sportsmen can effectively counter the rhetoric with science and reason, or else we could see the flawed logic that will slaughter hundreds of lions in Africa unleashed on our continent.

Find out what issues our Government Affairs department is currently battling to protect your outdoor heritage.
END_OF_DOCUMENT_TOKEN_TO_BE_REPLACED

By becoming a member of Sportsmen's Alliance you’re taking an important step to help protect and promote our outdoor heritage. Join today to create a powerful and unified voice for sportsmen across the country. END_OF_DOCUMENT_TOKEN_TO_BE_REPLACED